Shaka Was Forever Ago 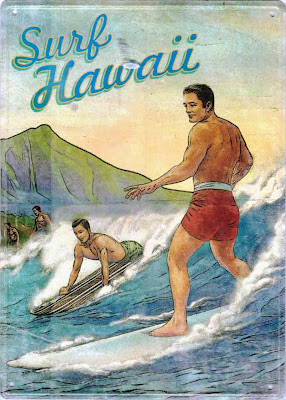 I don't remember what life was like pre-COVID? Was there even life before COVID? After a semi-satisfying impeachment in December 2019, there were quite a few things that happened before it was all handwashing, mask-wearing, zooming, and social distancing. Earlier this year in January:
In February,
By March, the shit really hit the fan. Slow on the uptake, Trump recognized the global pandemic as a national health emergency. I know you were there, but the rest is a blur of stay-at-home, hand washing, WFH, no-masks, toilet paper raids, furloughs, masks and face coverings, layoffs, mask-shaming, and social distancing. And those kick-ass-off-the-hook beach parties in Florida.
In addition to all the craziness and suffering, so much more has happened including the killing of black and brown Americans, the weaponization of the police, Karens, protests, demonstrations, riots, looting, shooting, and dumb-ass photo-ops. It's been heavy, to say the least.
But back in February, I got this postcard from Jeff H. It is easily one of the best in my collection. It's about surfing! 🤙 The postcard is actually a coated aluminum tile with a paper backing and rounded edges. The image is framed by an embossed border and a hole punched in each corner - perfect for a surf shop or fish taco stand. Even better on my postcard pinboard - which is a little sparse BTW - thanks again, COVID!
So, Jeff and his husband, Marty, were in Hawaii celebrating their anniversary and road-tripping around the Big Island. What a lovely way to spend the day! Those of us not in Hawaii were generally getting on with our lives – perhaps pondering how a President Buttigieg would decorate the Oval Office, maybe rewatching Star Trek: TNG on Netflix again, or simply waiting for CBS's Picard and Discovery to also get on with it.

It's truly amazing how things escalated so quickly. In just a few months, the world, our country, and our lives have been changed by the coronavirus – some welcome changes: bye-bye handshakes, business attire, and crowded bars; and some unwelcome changes: Broadway shows, group hugs, dinner parties, and crowded bars. Well, Jeff & Marty – can't wait to catch up about the trip - doesn't that seem like forever ago? And as I’m not able to do Picard just yet, thank you! I got your postcard.
Get there!

Email ThisBlogThis!Share to TwitterShare to FacebookShare to Pinterest
Tags: 2020, Best of the Best, Hawaii, Jeff H.

Take me to a